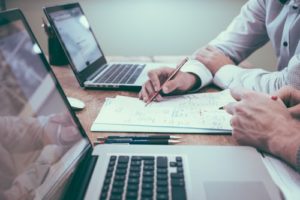 In the first part of this series, I discussed the new apps that insurance companies are advertising and how those apps could be used against you by either your insurer, or another party’s insurer if you are involved in a wreck. In this second part I want to discuss another technological concern I recently became aware of. This one is a computer program and the interesting thing is that the insurer that touted the program was presenting it to the individual as being a great protection for individuals whose claims the insurer is evaluating.

This Program Would Benefit Everyone, Right? Not So Fast…

The notification came as a result of a claim by an unrepresented party and the interesting thing is that the insurer presents the program in such a fashion as to lead the injured individual to believe they are using this program for the benefit of everyone, including medical providers, insurers and the injured party. Trying to save everyone money, right? The truth is that this is simply misleading.

This Program Would Only Benefit the Insurer

The purpose of the program that the insurer uses is to review bills submitted by your doctors so that they can decide what amount is “reasonable.” Now that sounds great on the surface, but it only benefits one entity, the negligent party’s insurer. It does not benefit you. Why?

Why is this? The legal reasoning is that the party who was negligent and injured you does not get to take advantage of the fact that you had the foresight to have insurance in the first place. And this makes sense when you consider that other folks who might not have insurance should not be punished by not having their medical bills paid just because they don’t have insurance when their injuries were caused by someone else. This works in the reverse as well in that a person who has insurance should not be punished by having their medical bills reduced just because they have insurance. Thus the law’s position on this is to treat all parties equally and that means that whether you have insurance or not, the insurer for the negligent party must pay the amount billed by doctors, not the amounts paid by health insurers, if there is one. It’s a matter of treating everyone equally.

This Program is Contrary to Colorado Law. Make Sure You are Protecting Yourself.

Connecting this legal concept to the negligent party’s insurer using a repricing program, they are trying to reduce their own responsibility for injuries caused by their insured to another party and what they are doing is contrary to Colorado law. Worse is that they either know that, or should know that, given that they provide insurance services in our State. So, if they know that then the only reason an insurer would send a letter like that to an unrepresented party is to simply take advantage of that person in future settlement negotiations. And that’s why you need to be aware of your rights and protect yourself either with this piece of information or by hiring someone like us to provide that protection for you. Don’t be taken advantage of. Insurance companies do very well with their profits. You don’t need to add to them.