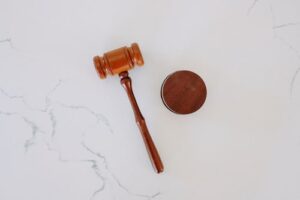 When You’re Not Sure About Your Current Attorney

So what do you do if you hired an attorney to represent you and after some time you realize that you and that attorney don’t really fit together? Can you change personal injury attorneys after you already hired one? Believe it or not, this isn’t an unusual situation and we get calls with that question all the time. The answer is that you can terminate your relationship with your existing attorney at your discretion, and you were probably advised of that when you signed the fee agreement (employment contract) with the firm. So how does it work?

Make Sure You Look At The Contract

If you want to move on from the firm you are with now, the first thing you have to do is take a look at the contract you signed with them. Attorneys’ contracts in personal injury cases should have a provision for what happens if you decide to switch from your current attorney to another one. It is usually a contract provision that indicates you can fire them, but if you do, the contract changes to an hourly rate contract and you would be billed for work that was done to that point at the hourly rate of the legal professional that performed the work. If this is the case, when you terminate the relationship you should receive a bill which has detail in terms of dates and hours of work done (usually down to minutes of an hour) as well as who performed the work (ie, an attorney or a paralegal). The contract should also tell you how much the hourly rate is for employees whose time would be charged.

Some contracts may have a provision that if the attorney has negotiated a settlement and the attorney is fired before the settlement is complete, their fees are based upon the contingency percentage in the amount of the settlement they negotiated. To simplify, let’s say the attorney negotiates a settlement for $100,000 which you reject and then hire another attorney. If the contract with the first attorney specifies that they get the contingency fee for the settlement they negotiated then the fees you owe before the second attorney takes over is likely $33,000.00 (at a contingency fee of 33%, but some fees are more). Additionally the first attorney likely has costs (monies fronted by the law firm on your behalf for things like medical records, filing lawsuits, hiring doctors and investigators, etc.) which have to be added on to the fees. And we haven’t even started talking about the new contingency fee agreement you would have to sign with the second firm.

So it should be obvious that if you start thinking you are not connecting with your current attorney and you want to find a new one, it is better to do so early in the process rather than waiting. The danger of waiting is that the original attorney could end up spending thousands of dollars in costs and running up multiple thousands in attorney’s fees that can make terminating the relationship impractical or too costly. Additionally, if a second attorney gets notification of multiple thousands of dollars of fees and costs from a prior attorney, they may not want to get involved, and if the case is already in litigation (a lawsuit filed) many attorneys may consider it too late in the process because critical strategic decisions have likely already been made.

Finding the right attorney to represent your interests is an important decision. Choosing the wrong attorney can be corrected, but you need to do so as soon as you realize the firm you hired isn’t for you and review your contract to see what your obligations are. Waiting can make it too expensive to do later on.