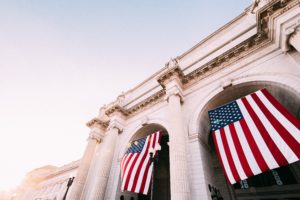 Contemplating the Idea of Impeachment

As I’ve been watching history unfold before our eyes, I’ve found myself contemplating the idea of impeachment. In doing so I started wondering about the specifics of impeachment since everyone seems to be throwing their two cents in concerning how impeachment should be conducted, whether there is due process rights involved or what requirements are involved at all. Obviously, as an attorney, I have studied the Constitution and have read a lot of case law interpreting it, but I’ve never really paid attention to the references to impeachment, largely because it’s not something that comes into play in any of the work that I do. But all of the arguments which have been made in the media as this has progressed got me very curious about this Constitutional remedy so I started researching it and thought I would share what I have found.

For or Against Impeachment?

Initially, I would like for the reader to understand that if you are looking for me to be making an argument for or against impeachment of the current President, then I am going to disappoint you. My goal when I write these blogs is to provide factual information to the reader and I would not be able to accomplish that goal if I took what could be seen as a partisan approach. With that in mind I am going to focus on some history concerning the law and upon the Constitution itself for any commentary I make.

The Articles of the Constitution and Impeachment

With that in mind, we should start by remembering that the Founders created the Constitution to form a new government which did not rely upon the whims of a King or Queen. They specifically sought to eliminate such titles and all nobility in this nation. The Constitution is separated into seven areas called Articles. Article I sets out the powers of the legislature (Congress) and how it is comprised. Article II sets out the requirements to become President as well as powers of the Office of the President. Article III sets out the powers of the judiciary (courts). Article IV addresses the interaction of the States with the federal government including how they become states and what they can do within the framework of the federal government. Article V addresses amendment of the Constitution. And Article VI establishes that the federal government is the supreme law of the land and sets out the requirement of an oath of office for members of the three branches as well as stating specifically that “no religious Test shall ever be required as a Qualification to any Office or public Trust under the United States.”

Interestingly, references to and the requirements of impeachment are scattered all through the Constitution. Article I, Section 2, Clause 5 is the first place that impeachment is mentioned. It states that “The House of Representatives shall chuse (yes, that’s how the Founders spelled it) their Speaker and other Officers; and shall have the sole Power of Impeachment.” This means that when impeachment is contemplated, the House is the initiating body tasked with investigating and proceeding to impeachment. Additionally, impeachment is not solely for use against the President of the United States. It is available to be used by the legislature for impeaching judges, and other members of the Executive Branch as well (for those who may not be aware, the Executive Branch is the part of the government controlled by the President). An interesting side note here is that the House and the Senate don’t need to use impeachment to deal with their own members, each can expel their members if necessary.

Once the House of Representatives has voted on impeachment, and passed it by a majority vote, then the proceedings go to the full Senate. The Senate listens to and evaluates the evidence and the members act as jurors to decide whether to remove the impeached officeholder from their duties. This language is contained in Article I, Section 3, Clause 6 which states: “The Senate shall have the sole Power to try all Impeachments. When sitting for that Purpose, they shall be on Oath or Affirmation.” When the case is against the President and tried in the Senate, there is a judge presiding over the proceedings and the Constitution specifies that for the President it must be the Chief Justice of the United States Supreme Court. Additionally, Section 3, Clause 6 also requires if an individual is impeached, they cannot be removed from office by the Senate unless two thirds of the “Members present” vote for removal. Thus the Founders allowed the House to impeach an officeholder by a majority vote, but to remove he or she from office they required a supermajority of the Senate. This means that if removal from office were voted upon in today’s Senate, it would require 66 votes for removal out of the 100 Senators (assuming they all were present for the vote). This means that the Founders felt that a simple majority vote in the Senate would be subject to political whims, whereas requiring a supermajority would necessitate that politics be put aside in order to gain the necessary votes.

Finally, Section 3, Clause 7 has some interesting language concerning the overall consequences of impeachment. It states that “Judgment in Cases of Impeachment shall not extend further than removal from Office, and disqualification to hold and enjoy any Office of honor, Trust or Profit under the United States: but the Party convicted shall nevertheless be liable and subject to Indictment, Trial, Judgment and Punishment, according to the Law.” What this means is that when an officeholder is impeached AND removed from office, the removal is the primary punishment. However, the impeached individual is also prohibited from holding another office in the United States government. But beyond that, and I found this extremely interesting as well, the removed individual is still subject to criminal action (an Indictment initiates criminal action against a person) once they have been removed from office. Thus the common saying that no one is above the law is actually enshrined in our Constitution.

Next blog: What is an impeachable offense?