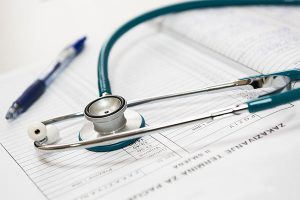 See a Doctor as Quickly as Possible

I could go into a long explanation of what doctors do and how important it is to your health to see a doctor for treatment following a car collision. And I could explain that it’s important for you to get treatment because you are most likely in a lot of pain either the day of the wreck or the morning after you had all of the adrenaline wear off. It should go without saying that if you are in extreme pain that you should work to get seen by a doctor as quickly as possible so that it can be determined whether you have a serious injury that needs a greater level of care, or whether you just need rest and pain medication.

There are other reasons you should be seen by a doctor right away after a collision. One reason is that seeing a doctor right away helps the physician to conclude that your injuries were caused by the collision and make that part of his or her opinion (this is called causation and is one of the things we have to establish in order to get our clients fairly compensated). This may seem obvious that your injuries were caused by the collision, but the reality is that if you are involved in a wreck and then wait a month or more to get treatment, it becomes harder for your doctor to point to the accident as the reason you are injured. As you can imagine, if you wait even longer to be seen, it just gets harder for your doctor to say that you were injured in that particular car collision.

Similarly, it is important for you to be consistent with your doctor. This means that when your doctor sends you to a physical therapist for care, you go to that therapist. The same goes for massage therapists, chiropractors or any other provider that your doctor sends you to for treatment. It also means that you have to be consistent with attending your appointments and making follow up appointments that are requested by your doctor. This process can be a pain, and it can be time consuming and an interference in your personal life, but you need to do everything you can to get better, which means letting medical professionals guide you.

Insurance Adjusters Will Look at This Information Closely

Why is this important? One reason is that when your claim is eventually evaluated by an insurance adjuster, the first thing they will be looking at is the medical records. They are looking for complaints made by you (and when they were first made), consistency of your complaints, how well you followed up with recommendations, imaging supporting your doctor’s diagnosis, whether you are improving with care, and consistency in attending appointments. One of the first things they look at is when you reported your injuries to medical providers. If you didn’t report them until a month after the crash and you reported that you had been uninjured to the police officer on the scene (they note this in their reports), the adjuster will start being skeptical (I should note here that it is not unusual for folks to feel they are not injured right after the wreck, but then the next morning they feel the trauma fully). Similarly, if the adjuster is seeing that you went to the doctor in a timely fashion, but then start being inconsistent with your attendance at doctor’s appointments or in following up with referrals to specialists, the adjuster often takes the position that you weren’t injured (especially with delay in seeking medical care) or that your injuries resolved favorably (when there is poor attendance at medical appointments). This is not to say that being slow in getting treatment or missing some appointments will destroy your claim, but they do make it harder to convince an adjuster to compensate you fairly for your injuries. In this regard, the position taken by adjusters is that if you were really injured, you would be seeking any medical care recommended because there should be great motivation to heal. Similarly, this conclusion gets adopted by the defense attorney if your claim becomes a filed case, and beyond that, it is an effective defense tactic. This is because jurors are also skeptical of personal injury claims and if they see actions taken by you that they believe they would not have taken if they had been in your shoes, they will punish you for it by either denying your claim, or compensating you minimally for your injuries. And the law supports this position because there is a legal doctrine which is called failure to mitigate. This means that if there was medical care you could have gotten and you didn’t, for whatever reason, such failure can be considered by a jury in deciding how to compensate you. In other words, the jury can reduce the amount of your compensation if they believe you did not mitigate your injuries. So it’s important to get medical care right away after an accident, and beyond that it is important to follow up with your doctor consistently until he or she releases you from care. It can make all of the difference in convincing an adjuster (or a jury for that matter) to compensate you fairly for what you have had to endure.