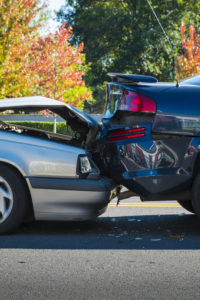 I’ve talked to a few folks recently who were calling because they were involved in a collision and were injured. They reported the collision to the other driver’s insurance company and at some point received an offer from the insurer to settle the case. The reason that people call with these types of questions is usually to ask if the offer is fair because most often they have never been involved in a car wreck and have never been through the process. Usually I tell the caller that I can’t give them an idea of whether the offer made is fair or not because I have not done a full evaluation of the claim and I would only be guessing. However, we can talk about a few things that you should take into consideration if you do receive an offer from the insurer and you are trying to figure out if it is fair.

Initially, you need to understand what you can be compensated for. There are three categories of damages (the legal term for your harms and losses): Economic, Non-Economic and Permanent Physical Impairment.

Economic damages are any amounts of money that can be tracked by an accountant. So out-of-pocket costs (maybe you had to buy a brace from a store and it didn’t go through your insurance), lost wages, medical bills and mileage are all examples of economic damages that you are entitled to.

Non-Economic damages are defined as pain and suffering, loss of enjoyment of life, loss of quality of life and inconvenience. As you can tell, these damages are not something that can be tracked by an accountant and are based upon how the collision impacted your life as far as feelings and bodily sensation.

Permanent Physical Impairment is the third and final area of damages. This category depends entirely upon whether you are able to make a full recovery from your injuries or not. If you receive medical care and eventually your doctor tells you that there isn’t anything more that they can do for you, and you have ongoing impairments associated with those injuries (such as a limp, loss of range of motion in part of your body, inability to engage in activities that you previously performed without difficulty; difficulty with activities of daily living such as putting on clothes, cooking, cleaning, etc.) then that is a permanent impairment and it requires a very different analysis that will require you to seek a lawyer because if your doctor is tells you that you aren’t going to improve any more no matter what they do, you should not be trying to handle it on your own.

What to do When the Adjuster Makes an Offer

Once you know the areas you can be compensated for, what do you do with it? When the adjuster contacts you to make an offer, you should ask them to provide you with detail concerning how they assigned values to the different areas of damages (they should be able to give you a different amount for each category I’ve listed above except the permanent physical impairment because it’s likely you should be represented if that is an issue). With that information you can start to determine how close you and they are. However, regardless of how close you may be to their offer, you should NEVER accept the first offer of an insurance company unless you made a demand for a specific amount and they are offering that amount in full.

The reason you shouldn’t accept the first offer is that the adjuster for the insurance company is going to evaluate your claim when they have the medical records, traffic accident report, employer documentation, etc. They then create a range for settlement of the claim and most often their initial offer is either at the bottom of that range, or close to it. What this means is that when the adjuster makes their first offer, they are expecting you to give them a counter-offer as part of the negotiation and they are prepared to increase the amount of the original offer. It’s very similar to buying a used car. They give you the price they want initially, you offer a lower amount, they then will likely come back with a counter-offer and most often the process ends up in the parties finding a middle ground that is acceptable to both the insurer and the injured party. It is likely not as much as you want, but it is also likely more than the insurer wants to pay too.

You should also be aware that some insurers will play games with you. I was talking to an individual the other day who indicated that the insurer had given them an offer and then placed an expiration date on the offer. There was no reason for the adjuster to do that and the only reason I can see for the adjuster to act like that was to stress out the injured party in an effort to make them blink and settle for significantly less than they should. In talking to this person I had to explain that the insurance adjuster was being deceitful in that they had no power to put an expiration date on the individual’s ability to pursue compensation because they don’t get to arbitrarily assign deadlines to people pursuing compensation for their injuries because the State of Colorado sets those deadlines (see my blog on the Statute of Limitations). The worst part is the insurer knows this, but the adjuster still made that comment. It’s nothing but a scare tactic and I’ve seen it used before to try and intimidate people into accepting less than their cases are worth. If you get a call like this from an adjuster, it’s another point that you should be reaching out to an attorney to make sure that your rights are protected.