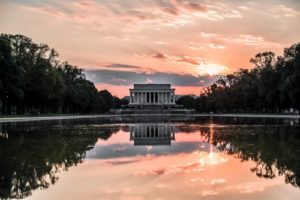 In this final Part III of my series on Impeachment (read Part I here and Part II here), we are looking at what constitutes High Crimes and Misdemeanors. When I began law school, one of the first things we were taught is the history of the law and the genesis of the “common law”. This is a legal term that refers to judge made law. This is law that is not passed by a legislature. The common law is extremely old (much of it predates the founding of our nation) and was originally created to address issues that had no recourse in laws created by legislative bodies (such as criminal laws which are entirely created by legislative bodies, ie, Congress) but the circumstances of which offended a societal sense of justice, ie, civil justice (civil justice does not involve the commission of criminal acts or penalties that involve prison). It is law that is passed down over time and has been expanded by different fact scenarios and circumstances through the appellate process where common law is recorded in individual cases. Historically, nearly all of my field involving the legal concept of “negligence” was law made by judges carving out the elements that have to be proved in personal injury claims. When the Founders authored the Constitution, they adopted the English Common Law as a starting point for the laws of the United States, and we continue to refer to English Common Law to this day.

“High Crimes and Misdemeanors” is a term of art originating in the English Common Law to refer to crimes and/or violations done by public office holders who owe a special duty to the public to avoid acting in their own interests. Historical examples of such violations include: violation of one’s oath; abusing the office or one’s authority; conduct considered to be unbecoming or a sign of moral turpitude (morally wrong); and failure to perform one’s duties. While violation of criminal laws can be a basis for impeaching and removing an office holder from their position, High Crimes and Misdemeanors do not need to be violations of any criminal laws. Rather, High Crimes and Misdemeanors are crimes against the Constitution and instead of mandating a criminal penalty, such as prison, conviction under this theory results in removal from public office (though in English law there are examples of criminal penalties being imposed).

Let’s begin with some historical examples of impeachment in the United States. Initially, if we just look at the Office of the President, there have been three impeached in American history (before last week).

– Andrew Johnson in 1868 who was charged with violating a statute by attempting to remove the Secretary of War, attempting to get an army general to violate a congressional act, and contempt of Congress. He was acquitted in the Senate by one vote.

– Richard Nixon was on his way to being impeached, mostly for obstructing justice by trying to cover up a crime of burglary to gain a personal political advantage in his own reelection campaign, but he resigned before the House took up impeachment proceedings.

– The last was Bill Clinton who was impeached by the House for lying under oath about inappropriate sexual encounters. He was not convicted and removed from office by the Senate.
So if we look at the limited examples involving the President, there isn’t a whole lot there to understand what justifies removal from office by the Senate. For that reason we need to look at other examples.

There are other examples of impeachments which have occurred in our history, but I only chose those examples which resulted in conviction by the Senate, or resignation before conviction by the Senate would have ultimately occurred (see the above link if you wish to look at a list of all impeachments and the results). Clearly there are multiple reasons that an office holder can be impeached and removed, and the basis for removal does not have to involve a violation of a criminal law. Technically, impeachment and removal could occur just because an office holder is intemperate and hostile in the performance of their duties, or on the other end of the spectrum is so lazy that they fail to perform their official duties on behalf of the People. This is because the act of impeachment is meant to address a violation of the public trust by the office holder. It should go without saying that we expect that those individuals we hire to represent us in government are working for us, not themselves, and that they are actually working. When there is a failure to perform the duties of the office, or the office holder actively works either for his or her own interests, or contrary to the interests of the United States, impeachment is the only remedy available to protect the Constitution and the country absent removal via election. If an office holder has been in office a short time, expedience is demanded and elections may not provide a sufficient remedy before the office holder damages the office or its responsibilities further. But regardless of how much time an office holder has held office, the Constitution imposes a duty upon both legislative chambers to protect the country and when the House obtains information indicating a violation which justifies impeachment, it is their obligation to act to protect us all. If they impeach, it is then the Senate’s duty to decide the Executive or Judicial official’s fate.

The Senate is Required to be Jurors

In that regard, there is one final aspect of this process which I think deserves mention. When the Senate is required to conduct its trial of the impeached office holder, Article I, Section 3, Clause 6 indicates that “[t]he Senate shall have the sole Power to try all Impeachments. When sitting for that Purpose, they shall be on Oath or Affirmation. When the President of the United States is tried, the Chief Justice shall preside: And no Person shall be convicted without the Concurrence of two thirds of the Members present.” What this means is that the Senate is required to be jurors in a trial of the impeached office holder. In doing so, they are required to swear an oath or affirmation. The Constitution is silent upon what the oath or affirmation language is to be, but historically the Senate has imposed upon its members some form of an oath similar to what jurors receive in our court system. That oath requires that jurors be impartial in their views and reach a decision only after viewing and considering all of the evidence. And that’s what we want from our jurors, isn’t it? We certainly don’t want jurors that would vote to convict an individual no matter what the evidence says, and on the flip side we don’t want jurors acquitting individuals regardless of the strength of the evidence. So it’s very concerning to me that members of our Senate are going to the media and declaring without reservation that they cannot be fair and impartial, nor do they have any intent to be so. If a juror said that in our court system, they would automatically be taken off of a jury panel without question. And assuming the Senate continues with its oath requirements of impartiality, there should be Senators (possibly from both parties) who voluntarily recuse (remove themselves from the process) themselves from being jurors because of their inability to abide by the requirements of the their oath.

Impeachment is a drastic remedy which is demonstrated by the amount of time and effort that must go in to its pursuit by Congress. But it’s also an important measure to be taken in situations where the office holder is presenting a danger to the country. Our Founders were extremely concerned about foreign nations having any influence upon our nation’s governance. And this makes sense when you consider that they had just fought to free themselves from England. But they also had to be concerned about other nations such as France and Spain who also looked at our nation as a possible addition to their own interests. The Framers had potentially hostile governments all around them at a very fragile time for the nation so it is no surprise that they took steps to make sure that if a government official fell under the influence of another nation, that official could be removed to protect us all. That is why the Founders put in Article I, Section 9, Clause 8, the Emoluments Clause (emoluments are profits of some type), which indicates that “[n]o Title of Nobility shall be granted by the United States: And no Person holding any office of Profit or Trust under them, shall, without the Consent of the Congress, accept of any present, Emolument, Office, or Title, of any kind whatever, from any King, Prince, or foreign state.” Similarly, they did not want those entrusted with public offices to use their positions to enrich themselves or others. Our Founders wanted to make sure that anyone exerting the authority and power of the United States was acting solely for the benefit of the United States, not for themselves, or another nation, or even their own political party. Of late, this process has become extremely political, so much that information which we might take in and accept under different circumstances may be disregarded because of who we are talking about, not the Office we are talking about. One way to check your own impartiality (and it seems this would apply to both Republicans and Democrats) is to ask yourself this: If these allegations were made against President Obama, would I have agreed with Impeachment and Removal? It seems to me that our elected officials should be able to be honest enough with themselves and us in answering that simple question, and if they can’t be impartial, they shouldn’t be participating in any capacity in this process.